BBC Proms 2022 at the Royal Albert Hall – A Case Study

For over 10 years, SFL have proudly delivered the production solutions for the BBC’s Proms Season at London’s Royal Albert Hall.

For this year’s Prom 60 – The Dream Prom, the BBC approached SFL to explore ways that the venue could be further enhanced with content, to make the performance more immersive. The Dream Prom, which is co-created by BBC Open Music artists, is a storytelling spectacle. Using different creative layers of content, the Royal Albert Hall needed to be transformed using a series of dreamscape projections, lighting effects and live music.

This all had to be achieved as cost-effectively as possible and with a discreet technical infrastructure, so as not to detract from the venue’s capacity or aesthetic.

As a long-standing AV partner at the Royal Albert Hall, SFL’s intricate knowledge of its unique architecture, helped devise a solution which utilised projection mapping onto the ceiling-mounted fibreglass acoustic ‘mushrooms’.

The planning process began approximately two months before the Proms season commenced. Once the BBC had shared their brief and vision, SFL set to work initially using 3D CAD plans to explore the options. Working closely with Potion Pictures – the BBC’s content creators, models were created in disguise 3D, to ensure that even coverage could be achieved from four separate projection sites. Everything was then mapped and rendered as a template for the dreamscape content, while SFL’s technical team aligned the precise projector angles required to use the mushrooms as a canvas.

SFL’s Video & Projects Director – Craig Lawrence, comments: “We were thrilled to helped deliver the creative production solutions for the world’s greatest classical music event once again. Having worked on the Proms for many years, it was hugely exciting to be able to add a new dimension to this, with the projection mapping on the infamous mushrooms. The extremely tight schedule was a challenge, with a different live Prom taking place each day. We had to rig everything overnight, ready for a full rehearsal to check everything was aligned and synchronised, before striking and then re-setting all over again for the main event. We were proud to be an integral part of the team making this happen and transforming the Royal Albert Hall in a way we have not seen before.”

Working with SFL on The Dream Prom was an absolute pleasure. It was an extremely ambitious project that transformed the Royal Albert Hall through a series of dreamscape projections. SFL really understood my creative vision and went overboard to turn the dream into reality. 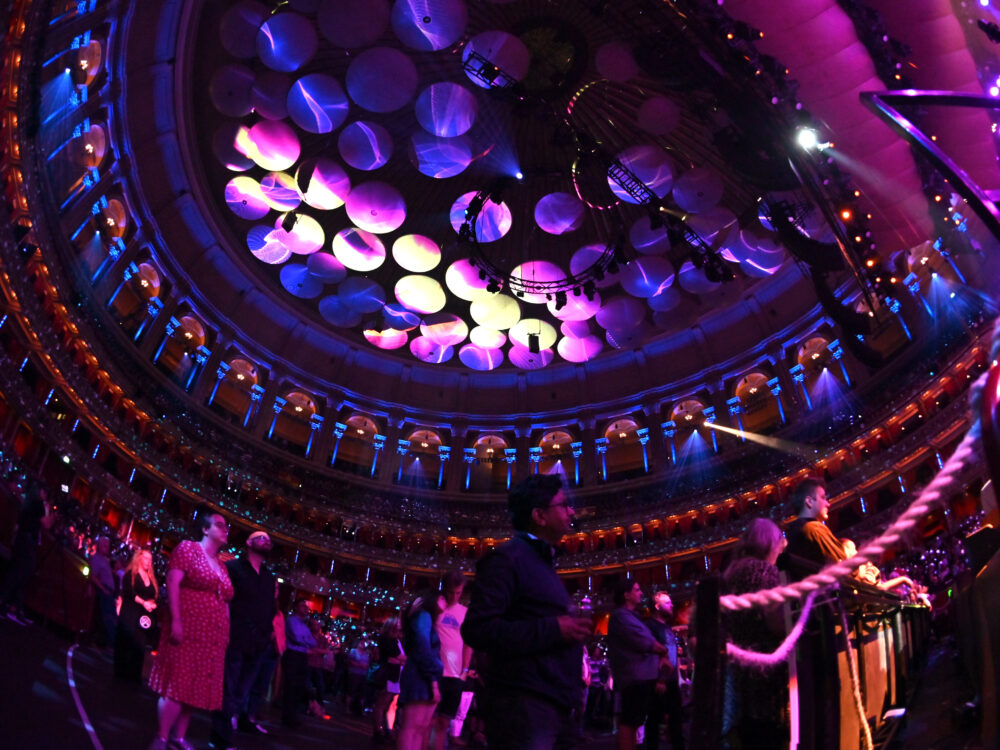 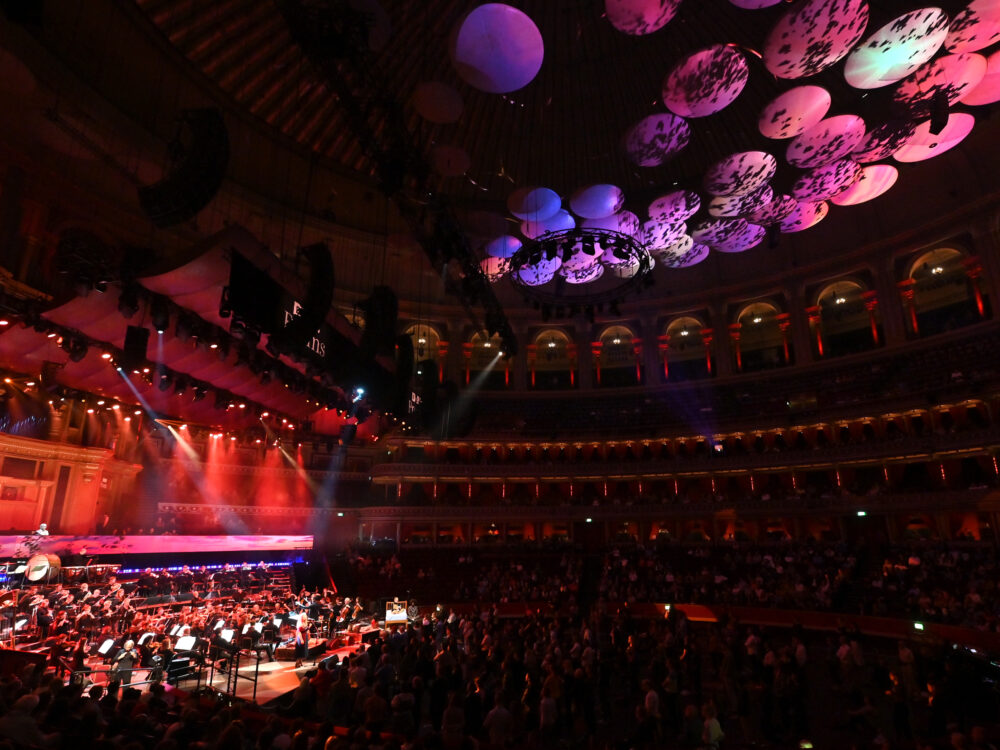 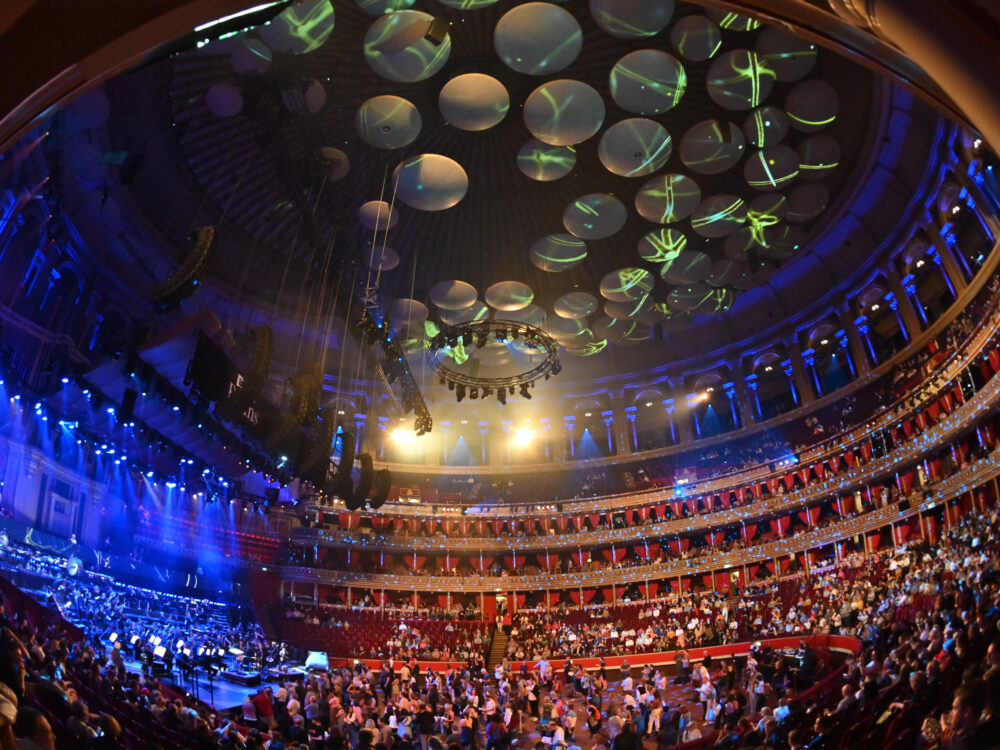 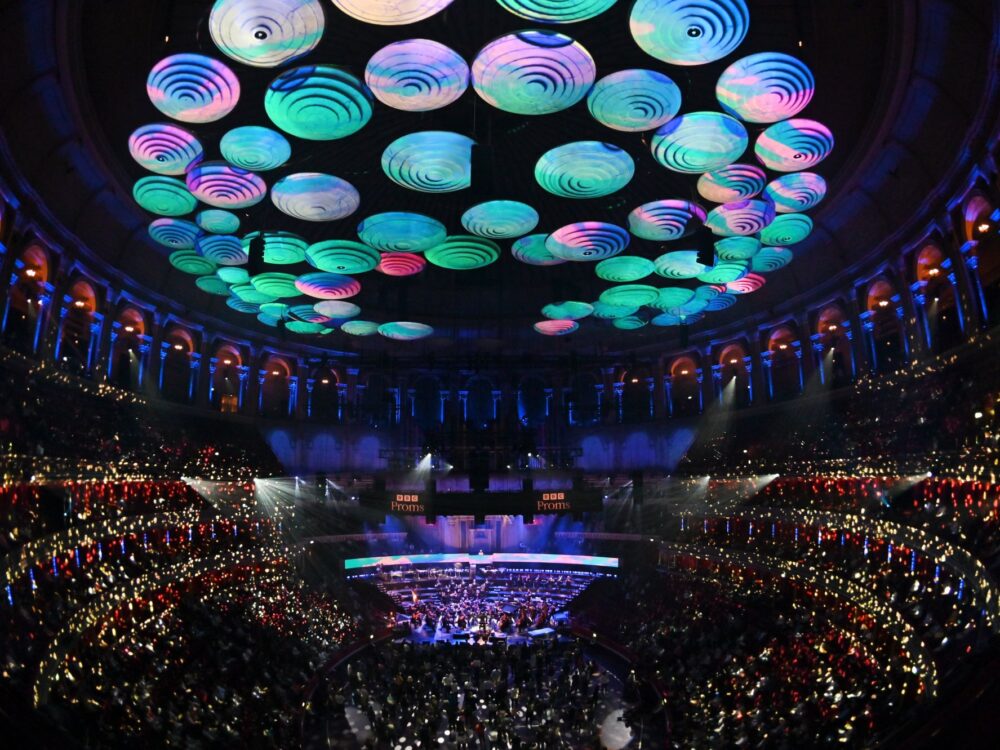