The versatility of the desk coupled with Roland’s stage boxes, personal monitors and multi-track recorder allows FOH engineer Harvey Appleton to manage both FOH and monitors in one consolidated package.

Relentless, a bi-annual youth event ran at theBarn – a church based in the Midlands, UK attracts a large crowd from surrounding areas and comprises of a full band with tracks, MCs, VT and playback as well as needing a comprehensive recording solution.

Utilising the Roland eco-system of products allowed Harvey Appleton, production engineer at SFL Group based in Reading to achieve all the needs of the event. The M-5000 provided the speedy workflow needed to ensure a full 8 piece band were sound checked quickly allowing maximum rehearsal time with intuitive channel strip controls on the large touchscreen, allowing quick EQ changes and routing operations.

The newly released iPad control software allowed wireless IEM mixes on stage to be adjusted quickly and easily, while also acting as a dedicated meter bridge at FOH. Static members of the band, such as drums, benefited from the power of the personal mixers (Roland M48s) allowing a 40 channel mix down to stereo in-ears with quick, easy and intuitive monitor changes, all powered through a S-4000D PoE distributor.

Two S-1608 stage boxes were used for their portability and size, fed to the M-5000 through the R-1000 multitrack recorder. This allowed virtual sound checking (VSC) and breezed the multitrack recording needs of the event, by providing BWF files available straight after the event. The built-in recorder of the M-5000 provided a mix down of FOH straight to USB removable media.

The M-5000’s OHRCA structure allowed a continuing adaptation to the structure of the show. It allowed Aux sends to be added or Matrixes as needed, not limiting the workflow in any area. The stereo sends and channels were very useful as they negated the need to link mono channels and automatically routed left and right channels respectively.

The intuitive workflow meant that encoders and buttons lit up the colour of the element on screen, making it obvious what each control referred to. The dynamic touch encoder was very useful, allowing quick tap and turn control of every aspect of the console. The user assignable section proved very helpful, managing effects mutes, insert controls and send levels. The channel banking of the console is very easy to understand, and flexible in allowing you to place almost any channel anywhere. 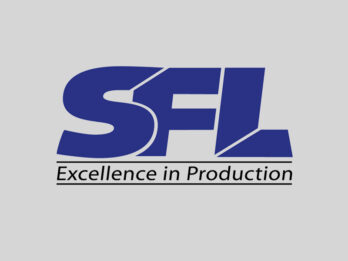 By Craig, in Audio Product Focus 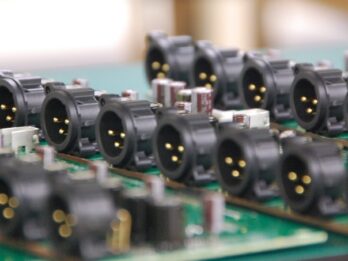 Learn more about our audio technology