Cinderella On Ice at the Royal Albert Hall

Mark Payne, SFL Technical Director, shares his personal experience of providing orchestral sound reinforcement for Cinderella On Ice at The Royal Albert Hall: Arguably the greatest venue in the land.

The Intimidation and The Glory

The Royal Albert Hall…It’s not that big to be honest! With a capacity of around 5500 we could pack it a number of times over into many of the larger UK venues. So what makes it so intimidating for a sound engineer?   Well firstly, it is stunningly beautiful, it is truly a temple whatever deity you believe in. As you walk up outside to the stage door the inscription around the top of the building reads:   ‘Thine O Lord is the greatness and the power and the glory and the victory and the majesty. For all that is in the heaven and in the earth is Thine. The wise and their works are in the hand of God. Glory be to God on high and on earth peace.’   For me this is the point where you realise that you had better bring your ‘A Game’. If you screw up in here, the gods themselves are watching.

Brilliant as they were, I am not sure how much time the late 1800’s architects spent on predicting acoustic outcomes. It is apparent to me that The Hall’s designers Captain Francis Fowke and Major-General Henry Y.D. Scott of the Royal Engineers were very very clever men, especially when you consider how much weight can be suspended by the iron roof. However, in the early days it used to be said that The Hall was the only place where a composer could be sure of hearing his work twice!

In 1969 a major acoustic upgrade was implemented by way of the fibre-glass hanging ‘mushrooms’ suspended from the ceiling. The diffusing nature of the mushroom array uses varyingly sized micro-convex surfaces (upside down mushrooms!) arranged in a macro-convex pattern (the smaller upside down mushrooms all club together to make a big mushroom!) thus creating a huge wide band diffuser in the ceiling. This acoustically ‘hides’ the dome ceiling surface and stops it acting as a huge echo surface with a delay time of around 0.2s (that is 64 metres by the time we have gone up into the ceiling and back down again).

A 0.2 second delay would be ‘uber confusing’ and be heard as a discrete and separate second event by the listener, effectively destroying the intelligibility of any programme material be it speech, orchestral or pop.  The modern day Hall is not overly reverberant in fact I found it a superbly balanced and relaxing space to work in. The broad band diffuse reverb times I would say are appropriate to the venue size (a warning here to any that want to use absorption to address remaining acoustic characteristics)… however… the challenge is the ‘bounce power’ inherent in the building for discrete flutter echoes and early reflections. The roof is concave, the walls are concave, the gallery is concave, the boxes are concave. Where else can you do a concert inside an elliptical cylindrical sphere!? The whole venue focuses acoustic energy back onto itself.   So they fixed the roof in the 60’s. But the walls and vertical surfaces we have to live with. So can a sound engineer go in here and escape at the other end with dignity intact?   Part of the solution of course will be the use of speaker systems with tight pattern control.

For the second time only in the history of The Hall a full ice rink would be built out to the centre of the venue with the audience effectively 270 degrees ‘in the round’, looking in on the ice ballet. Tim Duncan, composer and musical director would conduct a live orchestra of 20 people 20m back from the centre point hidden behind the huge 20m wide projection screen acting as a stage backdrop.   The orchestra would be playing to click to ensure synchronization with the dancers and also to allow the regeneration of the additional string section recordings from the Moscow State Cinematic Orchestra. Basically the mix consisted of 20 live soloist’s turbo charged by the strings from a 72 piece Russian monster!

Ice skating (with gusto!) is acoustically ‘quite loud’ so the orchestra had to be balanced in context at below ‘pop classics’ level. The reality of this was the delivery of audio at an absolute maximum of 86dBA 5min LEQ (the show starts at 78dBA 5min LEQ). We were most vigorous with the monitoring and control of sound pressure levels as conservative audiences don’t always respond well to the concept of amplified orchestral sound. The art here is to be heard but not noticed.   It was interesting that the audience clapped at 88dBA and that if I turned the PA off (during sounchecks obviously), the 20 piece solo group behind the screen would become… inaudible. Nothing! An event like this really does need sound reinforcement.

So we have established that the Royal Albert Hall is not massive in terms of capacity. We could even call it ‘intimate’ in this configuration with the furthest listener only 35 metres from the ice.   The challenge is in the spacial distribution of the audience. We have people around 270 degrees in the horizontal (in this event) ranging from floor level to 21m high in the gallery. This is unheard of in my experience of sub 10,000 capacity venues. It’s a big elliptical cylinder of people.   For comparison to some other ‘large’ venues SFL has designed for: The highest seats in Wembley Arena are at 12m off the floor, almost half the audience height of The Hall. In fact you would have to go to the top of the West Stand at West Ham Football Stadium to get to ‘Hall Height’.   So we end up sending the PA to over 20m to get to the top gallery audience only to then have it shooting back down to the floor again for the Circle. Users of line array solutions soon realise that we are looking for lots of vertical coverage here. My choice in this case was to use d&b Q1 which is a 15 degree system in the vertical.

The use of say L-Acoustic dVDOSC (a 7 degree system) or say Meyer Melodie (an 11 degree system), M1D (8 degree), M2D (7 degree) would force me into using way more boxes that I really need in terms of SPL capability, this ends up costing the client at the end of the day and is bad design. L-Acoustics KIVA would have been a good alternative (and in some ways better in the horizontal) but we had good logistics for the Q1 solution for this event.

With Q1 being a 70 degree system with an ideal 50 degree inter array splay it became apparent that I was going to need 5 drops to “get around” the 270 degree audience.  Maximising Direct to Diffuse Audio.   I am a fan of an 80/20 rule for large venue sound design. I use the main systems to address the far field 80% audience room capacity. I then use a separate near field system for the close audience. The main Q1 arrays flown at 22m were never intended to hit the floor and the close circle audience. Here I located a spread of Q7 speakers much lower (14m) on the lighting grid to provide close floor coverage. I also used Q10 speakers in the grid to provide monitoring on the ice for the dancers.   This approach minimises the distance from a speaker to a listener and increases intelligibility. It also pulls the audio image ‘down’ from the sky making for a more natural listening experience, especially for the seats on the floor and lower circle.

Particular care was used to ensure good positioning of the Q7 near fills on the grid so that they naturally and physically time aligned themselves with the higher main arrays at the listening intersection points. It is dangerous to use electronic delay alignments when you have an audience in the round. Delay perspectives are a function of listening position. A delay ‘back’ is only ‘back’ when you stand in front. It becomes a delay ‘forward’ when you stand at the back!

This should be another rule: Correct physical placement is always preferred to electronic alignment.

Mono Sub. The Best Audio Comes from a Single Source

I used a single column of Qsub flown centrally in the venue just behind the forward array to generate a coherent, even, single source of sub energy in the room. The 6 deep vertical hang of Qsub starts to become a line source acoustically with a sectionally dipolar coverage pattern cancelling low frequency energy above it (into the roof) and below it (over the stage). Considered in 3 dimensions the dipole pattern is more like (extrudes to) a dounut of bass coverage for which I will create a new term…dounopolar!

We then used some progressive column delays to modify the ‘dounopolar’ pattern into a cardioid pattern with the attenuation node focused in the roof. Now I would have even bass coverage all over the audience area and little bass energy sent into the roof space.   The result was an even tight bass sound with no lobes or ‘power alley’ issues in the venue.   Some credit here goes to Steve Jones at d&b UK who put me onto the idea of getting this sub array neatly behind the main array. Also I would mention Ian Grove at RPA who I referenced for his experience of using Q1 in the RAH for Joe Brown in concert.

At this point I want to personally thank Caroline (Caz) Place and Olly Jeffery at RAH for all their help and support with rigging plans and the interface of the audio solution into the LX grid. It truly was a co-ordinated joined-up solution and a joy to work on.   Due to the nature and complexity of the lighting grid and the artist’s ‘fly on wire’ rigging systems, it was apparent that once the PA went up (our systems would be first in, last out), it would not be coming down again! With good planning I saw no reason why it should not be made right first time so I made a rash promise on behalf of SFL:   I stated that we would hang it once (obviously flashing it out), trim it at design height–and then–not touch it–until the out. A ‘One Touch’ PA system. There was some banter and a little bet was wagered! I am happy to report that true to our word the PA did not move once it had gone up (A few red faces crawled off into the depths off the hall to find suitable resources to fulfill the wager!).

Hi Mark, The quality of the rig supplied was excellent and I truly appreciate what you did for mine and Edward’s music. It was an absolute pleasure to work with you. Working with a PA company and all its personnel who work with the professionalism and virtues to which I aspired to deliver when I worked on the PA side of the business was great. You and your team are a credit to the Industry!

Many thanks to all the Team at SFL including of course Nathan Tremeer on stage looking after orchestral monitoring on the Roland M48 system (That is another story all of its own!).  Planning is essential but teamwork is the key to success. 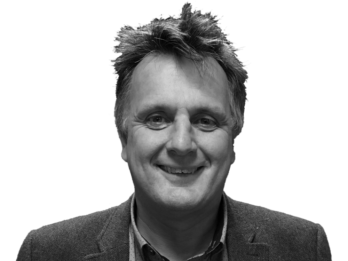 By Mark, in Audio